Is it possible to determine accurate 0-10 profile ratings to fix dating woes? 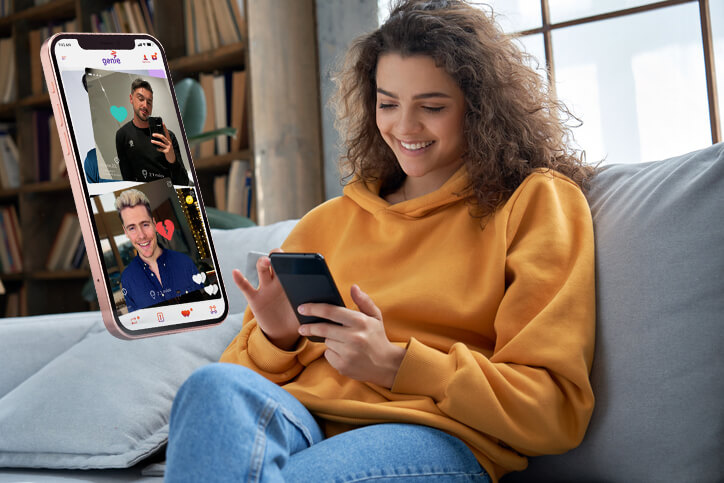 For the last 25 years, dating apps have tried to find the optimum algorithm to match you with the ‘one’. They have devised numerous algorithms like trying to match people based on their interests: music, food, if you like cats, your movie choices – the list is endless. However, despite best efforts none of these have worked. Singles are still disillusioned with how ineffective dating apps are in terms of matching. People mainly still see profiles they are not interested in or have little chance of matching with.

One of the biggest dating apps comes the closest to understanding human psyche using an ELO score. It tries to rank men and women with a score between 0-10. Easy to understand, as we all subconsciously assign a similar ranking when we see a person’s profile or even to people we see in real life. This algo was simple, match a 7.5 with a suitor’s 7.5. There is no point trying to match a 9 with a 3.5.

Something like this should work, shouldn’t it? However, there is one huge problem with most dating apps, meaning people’s rankings can never be accurate. The ‘swipe’, i.e. the main is the main input behind the 0-10 ranking algorithms is random, i.e. it doesn't really reflect user's true feelings of the profile they swipe.

It is widely known that >93% of men swipe pretty much right on every profile. They play on the law of probabilities, only engaging with profiles after a match has been created. As such the data from swipes on most apps is not useful to determine any sort of user preferences, let alone be accurate rankings.

Here is a fun video which depicts the above behaviour:

The result is that almost all women on any other dating app would be above 9 on their elo score ratings. On the other hand, most women swipe profiles left resulting in most men turning out to be 3’s and 4’s or along the lower end of the spectrum with these traditional algorithms. These leave the algorithms little to no chance of finding you any suitable profiles. There are of course other problems that the direct application of elo score algo is not applicable to dating profile rankings.

Armed with all this data and wanting to solve the problem of fruitless matching experiences, Genie set out to solve this fundamental flaw by somehow making the swipe more genuine. They designed an innovative split screen swiping module to solve the problem. It never shows a user one profile at a time, it always shows TWO and a user can right swipe only one of them. Faced with options, the user must genuinely think before they swipe.

To keep the element of choice still available, the user can ‘fetch’ the auto-left swiped one and then right swipe them. At the same time, users can left swipe anyone, the other user isn’t an auto right swipe. By keeping the fetches limited in a day to a small number, say 3 or 4, Genie can enforce that the ‘swipe’ becomes highly accurate.

Genie’s data shows most men and women have a ranking between 5 & 7.

The proof of the pudding lies in the data already gleaned from a few million(s) sample swipes on the Genie Connections app. Although it is still early days, and the data will get more accurate with more swipes, it reflects exactly how you would imagine the world to be, i.e. a normal probability distribution curve. Taking normalised scores of users and ranking each gender between 0-10, both graphs reveal that most men and women would lie between 5-7, while a small percentage would be on the lower and higher end of the scale. This is exactly how you would expect the real world to be.

Source: Genie Connections swiping data June 2022. For accuracy, only users with at least 100 swipes have been included.

On tinder, bumble, happn or hinge the women’s graph will be extremely skewed towards 9. Similarly, the men’s graph is likely to be skewed towards 2-3 (although) still displaying a little more normal curvature (simply because women’s swiping is still more genuine). However, the data isn't really useful to make any meaningful information or service available to the user ( and all because of a fundamental flaw : The swipe isn't genuine and doesn't capture any level of user preference).

How can accurate rankings be used as something meaningful for the user?

So, Genie has cracked the difficult part, to determine accurate 0-10 ratings, but how meaningful is this for the user? Genie translated these ratings by developing Chemistry Ratings between 2 users. On every profile they show you a Chemistry Rating, which is your rating of how likely is the probability of the other person right swiping you too and you getting along. Simply said, if you are shown a 90% Chemistry Rating with a profile, and you think yourself to be an 8, it is quite likely that the other person’s rating is also similar or in the region. One single chemistry score can be understood by various ways to yield multiple benefits that go through a human mind within a few seconds of a decision to swipe right or left.

This can be extremely useful as for some, it reflects the % probability that the other user will also swipe me right when they see my profile. For others they may find it useful to see chances that you will get along. Some might want to use it to narrow down their searches.

All in all, it has one single motive – do not waste time on people who may waste your time.

We are crowd funding!